A Tour of Gyeongbok Palace in Seoul, that offers explanatory in detail in English! • During the nice weather, you can see all the way to Bukaksan Mountain behind Gyeongbokgung Palace.

• You will get to see the foreigners and Koreans entering through the south gate of Gyeongbokgung Palace while wearing Hanbok. • Don't miss the artificial lake Gyeonghoeru where the feast was held! • You can hear the architecture, history, and animal stories of Gyeongbokgung Palace, Seoul's main tourist destination.

1. You will be notified by the CS Team 1~2 days prior, if the tour is canceled due to the situation of the operators.

3. Since this Tour is not a Private Tour, the Tour will be held with multinational guests. However, the guide language will be in held in English.

7. Over 4 years old can participate in the tour.

8. Visiting the National Palace Museum of Korea is only available to visit personally due to COVID-19 and the museum tour will be excepting during the tour.

• Cancellation before 2 days after 6PM(KST) ~ on the very date of reservation (KST) : NO Refund

(Operating Days: Monday ~ Friday (Off on weekends and public holidays)/9:00~18:00)
(If you request the cancellation on an off day then the refund policy will apply for the following working date.)
* Slight alert for natural disaster (Only for outdoor tour) : No refund / Available to change the date

* Urgent alert for natural disaster (Only for outdoor tour) : No refund / Available to change the date

In front of Gyeongbokgung Station Exit 5 (Stairs in front of the main gate of the National Palace Museum)
Open the map
From
₩ 35,000 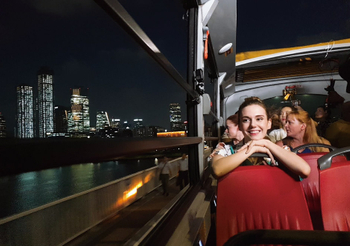