A one day tour which allows you to visit Gyeongbokgung, the royal palace of the Joseon Dynasty and Bukchon Hanok Village wearing the Korean Traditional outfit 'Hanbok", Insadong Street which is a popular street for not only foreigners but Koreans as well and lastly Seoul N Tower. Gyeongbok Palace was once Joseon Dynasty's palace and now a famous tourist destination, providing an opportunity to learn about the history and lifestyles of the Joseon Dynasty of the royal family. Although it was partially damaged due to the fire and invasion of the foreign powers, after continuous restoration work, the beauty and history of Gyeongbok Palace are now well preserved. Bukchon Hanok Village is home to hundreds of traditional houses, called "Hanok" that dates back to the Joseon Dynasty. The name Bukchon, which literally translates to "northern village," came about as the neighborhood lies north of two significant Seoul landmarks, Cheonggyecheon Stream and Jongno. It is preserved to show a 600-year-old urban environment. 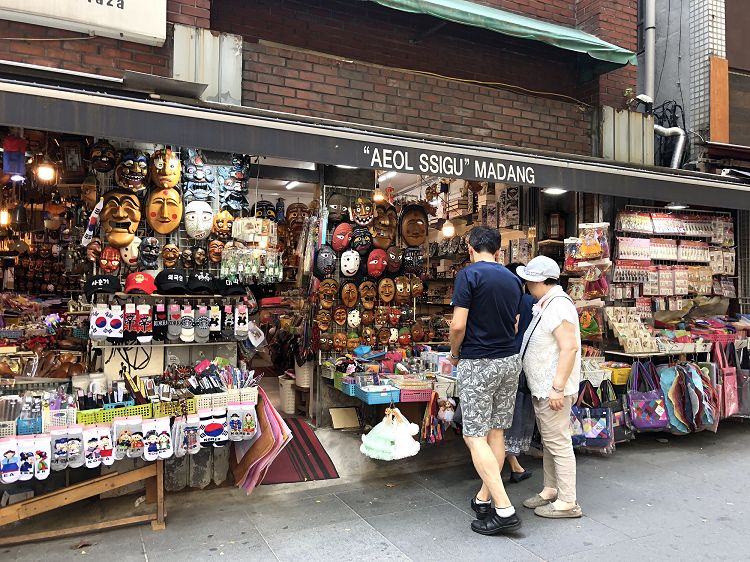 Insa-dong, located in the heart of the city, is an important place where old but precious and traditional goods are on display. There is one main road in Insa-dong with alleys on each side. Within these alleys are galleries and traditional restaurants, teahouses, and cafes. N Seoul Tower, a complex cultural space in Seoul, is where the clouds seem to meet with Namsan Mountain. It shows visitors the harmony of Namsan's nature, the 21st-century state of the art, resting with leisure and various cultures. The place became the symbol of Seoul and was built in 1969 as Korea’s first general radio wave tower delivering television and radio broadcasting in the metropolitan area.

Every Monday, Wednesday, and Saturday

1. Tour may not be available when the minimum number of participants is not reached or the condition of the site. In this case, you will be contacted by the CS Team before hand.

2. Infants under 24 months are free of charge, no extra seat available.

3. Please do not hesitate to ask the staff to take photos for you!

4. Customers who have chosen different options might take the tour together, in this case, they will be given free time near the options. (ex. Hanbok rental)

5. N Tower Cable Car may not operate depending on the weather.

6. This Tour has a lot of walking involved. Please care to wear comfortable shoes.

7. Will be taking public transportation from Insadong to N Seoul Tower, please remember to bring your T Money Card (or cash 2,600 won)

8. Schedule may change depending on the options.

1. Check the voucher sent to Mobile/ Email after reservation.

2. Look for staff with "Korea Time Tour" on the day of the tour near the station gate.

3. Show your voucher to the staff before boarding.