[Price]
Same price for adults and children
Free Entrance : 3 years old or below (passport is needed)

Caribbean Bay is the best water park in Korea, right next to Everland in Yongin. With the advantage of being able to arrive by subway, both national and international visitors visit at least once every year. Caribbean Bay, as you may guess from the name, is built based on the theme of the exotic and luxurious aspects of those buccaneering times. There are five themes and various slides and attractions, and the most famous one is “Mega Storm.” People say it takes 3 ~ 4 hours to ride the Mega Storm, the nation’s longest and thrilling slide attraction, so get on with it! • Enjoy slides that make you feel like flying high in the sky! • Take memorable photos with friends while getting water from the skull-faced waterfall! • Leave your body in the waves and float away when you are too tired of playing! • You can warm your body up in an indoor / outdoor spa if you want to take a warm break. • Surfing ride for the surf lovers!

1. The Shuttle Bus can be replaced with a different colored bus in some situations.

2. Shuttle Bus stops at the same place at the same time every day. Please make sure to check the boarding area and time.

4. When you book this product, Carribean Bay entry ticket will be sent directly to your email or mobile voucher.

1. Check the QR code on the mobile voucher or email voucher after booking.

2. Please arrive on time on that day and present your voucher to get on the bus.

3.  Present Carribean Bay QR on the voucher at the ticket office and get an actual ticket.

4. Please arrive on time for the return bus departure 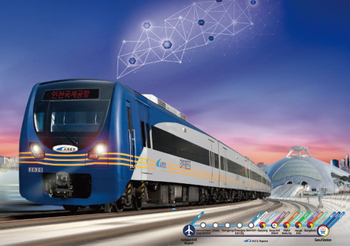