Price of all seats is same.

[Price Information]
Adult: Above 8 yrs
※ Audience members must be aged 8 and over

Finding Mr. Destiny is the musical that ranks first in couples' dating preferences. The story is the same as the romantic Korean movie, "Finding Mr. Destiny," which starred Im Soo-jung and Gong Yoo; however, the vividness of the musical will last longer than it was in the movie! This musical is highly recommended to a solo, who wants to fall in love, new couples, and long-lasting couples, who miss the excitement of their first feelings! With a theme that everyone likes and sympathizes with, "First Love," both men and women can enjoy the show. 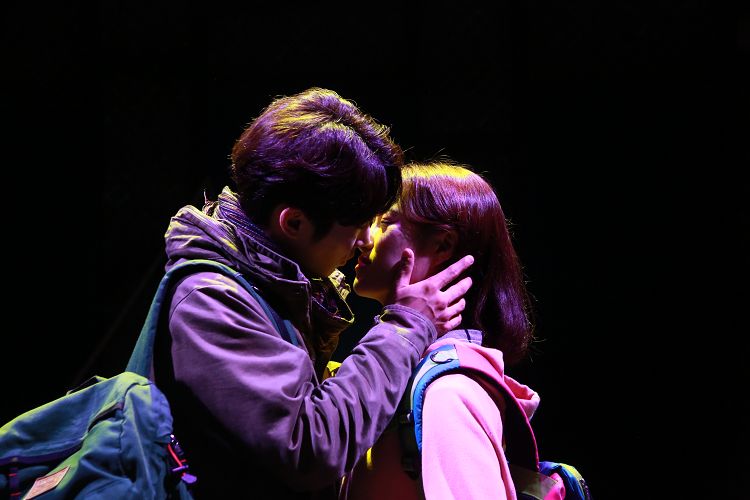 • A play about "First Love" to which everyone can relate to. • You can see the realistic acting of handsome and pretty actors. • The most popular play for couples!

The main female character is on her trip to India. She meets Kim Jong-Wook at the plane, a man who happens to meet in the Indian desert. Feeling strongly fated, she falls in love with Kim Jong-wook, but since returning from India, they have not met each other. 9 years later, she still hasn't forgotten her first love and starts looking for him through the 'Finding First Love' office. But she has a secret that she never told anyone…

Do you believe in destiny love? A special journey begins to find the real thing! • All seats are the same

1. Beverages and food are not allowed.

2. Taking pictures / videos or recording is not allowed.

4. Entering after the performance starts is not allowed. Please arrive 10 minutes prior to the show.

5. There is no intermission; Once you exit in the middle of the performance, re-entry is not allowed.

6. This show is open to anyone over 8 years old. Children under 8 years of age cannot enter.

7. If your reservation cannot be made at a desired date and time, our CS Team will contact you via email.

8. Please present voucher at the ticket office on the day of the show.

9. Cast and schedules are subject to change without notice.

1. Reserve the product on the desired date.

3. Arrive 10 minutes prior to the performance.

- Cancellation on or before 3 days prior to the reserved date, before 5pm KST : 100% Refund

- Cancellation on 2 days prior to the reserved date, before 5pm KST : 70% Refund

- Cancellation on 1 day prior to the reserved date, before 5pm KST : 50% Refund

- Cancellation on the reserved date / No-show : No Refund

ある程度ストーリーを知っているので字幕タブレットを使用せずに鑑賞しました！席も前の方でとても見やすかったです。俳優さんたちの歌声が素晴らしくてすごく良いミュージカルでした！
From
₩ 25,000
Save up to
44%