[Price Information]
Same for adult and child
Free admission: Under 36 mos (Must bring Passport)
※ Only with a guardian per kid

Football Faentasium is the first theme park by the Korea Football Association with various enjoyable football experience by the exhibition. Explore the history of Korea’s challenge to World Cups. Meet the story of those who led the legendary 2002 World Cup, the story of the 2002 World Cup and the unforgettable moment when our dreams finally came true. Moreover, check out the latest news about Korea football and the vision of KFA. Feel the joy of victory at the photo zone with the World Cup trophy in Football Faentasium.

Meet and feel the heart-pounding moments of the World Cup with the Glory, the hemispherical symbol of football and the wall of media art.

You can explore the history of both Korea and World football. Meet the historical moments of football with football matches around the world and football organization.
• The History of Football and Football Organization
• The World’s Football Now
• World Cup in Numbers
• Football Tournaments of the World & Interesting Facts in World Football
• Scissors Kick Photo Zone
• Block zone (Play with Blocks)• Media Photo Zone
• The Hologram: Honorable Moments of 2002 with Park Jisung and Lee Youngpyo
• 2002 World Cup Locker Room Photo Zone
• Trophy Photo Zone

You can experience the impression of 2002 World Cup by the artworks of 49 artists. • Take photos in front of the magnificent paintings the members of  2002 Korea national team enjoyed! • Enjoy the artworks that everyone from professional artists to elementary school students makes together. Forty-nine writers expressed the year 2002 that they each remembered in 49 ways. • Take a look at the unique and fascinating artworks.

In commemoration of the first anniversary of the 2002 Korea-Japan World Cup hero Yoo Sang-Chul, share the happy memories we made together in memory of the hero.
Artworks produced for the late director Yoo Sang-Chul and his collection will be displayed.

1. Purchase the desired product and Check the mobile voucher or email voucher.

2. Present the voucher at the ticket office on the 1st-floor football Faentasium and enter.

1. There may be a delay and be waiting time depending on the circumstances within the exhibition hall.

2. The entry of outside food is not permitted.

3. You may be asked to leave under certain circumstances such as causing disturbance or disorder. Football Faentasium does not hold the responsibility for any accident caused by your negligence.

4. Football Faentasium is closed on every Monday.

Q. Is there a foreign language guide (docent)?

Q. How long does it take for the tour?

A. On average, it takes about an hour and a half if you experience the whole facilities.

Q. Can I take pictures and record videos?

A. You can take pictures and video unless it is expressly posted somewhere. However, use of flash or tripods outside the photo zones is prohibited.

I'm a big fan of Soccer! That's why I have chosen this product and it never let me down! Football Faentasium was huge and types of equipment looked up-to-date! I knew the history of Korea's soccer!
林*盈 from Hong Kong

雖然冇想象中咁大，但係入面既展覽都係好玩既，最中意VR體驗空間。設施都好齊全，有forx小朋友既兒童體育場，小朋友都好中意。
From
₩ 12,000
Save up to
20% 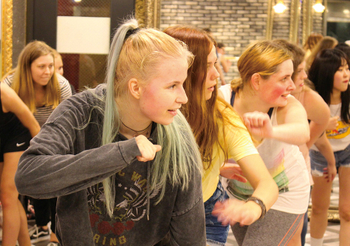 [Seoul Hongdae] Making my own Natural Cosmetics with K-beauty expert